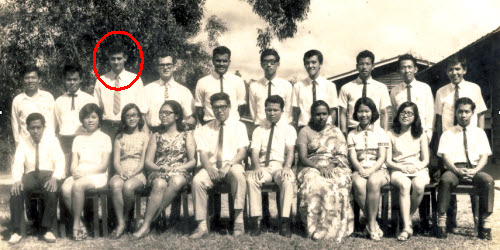 Miss Perry, my fourth grade teacher, used to sigh at my inability to write anything very long;

"What did you do over the summer?"

She would be amazed if she could see me now. I had an idle thought, realized it would stretch to a 900-word essay, and put on the magic "Dragon Naturally Speaking" microphone, which takes dictation for me, to write it out.

I have been a member of an odd little church since 1974; the Unitarian Universalist Fellowship of Stanislaus County. How odd? Well, for starters, less than two thirds of us believe in God. We have deists and theists, agnostics and atheists, Buddhists, Wiccans, a couple of couples in "mixed" marriages, primarily Jewish-Christian, and others who defy categorization.

It is difficult to explain how people of wildly different beliefs in the nature of God can meet together under the same roof once a week on Sunday. To us it is as simple as eight people sitting at the same table in a restaurant, one who ordered rack of lamb, another grilled salmon, another the vegan platter, and so on, but our denomination confuses, amuses or annoys Protestants, Catholics and Jews alike. I have been answering questions about Unitarian Universalists on Yahoo! Answers since Yahoo! unveiled "Answers" in 2006.

Every once in a while someone who thinks that if it is a church, it must do the same things other churches do, asks how we do something they do in theirs. I have seen questions asking how we sing praise hymns - or what our hymns praise. (A "praise" hymn, from my meager experience with the Christian radio station that comes in if you are tuned to anything from 89.1 to 91.9 on a cheap car radio and pass by their broadcasting tower near Hatch road and Highway 99, has a light, bouncy tune and short, simple words repeated over and over again.) This morning I answered a question that asked how we witness to people, and how we tried to get people into our church.

I gave the best answer I could, saying we usually witnessed by example, not by words. We don't knock on doors the way the Mormons do, but we have an attractive web site, and if people visit us, we welcome them as warmly as we can.

The question reminded me of language training in the Peace Corps, when we of Malaysia Group 30 (Sarawak) found out that the whole world wasn't exactly like the USA, only warmer, with shorter people.

One of our feminist trainees was incensed that the answer to "are you married?" was either "yes" or "not yet", since the negative implied that every woman's destiny (and every man's) was to become married someday. It didn't bother me, because it was just a polite noise you made in casual conversation. If I ask someone "How are you?" and they begin a rant about their problems, which they blame on the inadequacies of the American health system, I will nod politely and back away, keeping my eyes on their lips, to see if they started to foam.

"How are you?" is a polite noise we make here in the USA in casual conversation. The answer is always "fine", even if the person saying it is standing on crutches, with one leg in a cast and 34 stitches across his forehead and nose.

The people of Sarawak do not ask "How are you?", for the most part, since that's the state of your internal organs and is a fairly private matter. So while we asked "how do you say 'how are you?' in [Malay / Iban / Hokkien]?", and got accurate answers from our ever patient, ever polite language instructors, a much more accurate question would have been "What is the polite noise you make when passing or meeting someone?" And the answer is "Where are you going?", or, more rarely, "Have you bathed recently?" or "Have you eaten recently?"

"Where are you going?" sounds mildly rude to Western years, the way "How are you?" sounded mildly rude to people in Sarawak. It really wasn't; there were only a few standard answers to it, "the bazaar", "my longhouse", "to work", "to school". If you were on your way to rob a bank or take the boat to Marudi, leaving your wife, family and all of your debts behind, you would lie.

As a side note, if it was obvious someone was going hunting, it was considered rude to ask them where they were going, since they would be bound by politeness to tell you, and, superstition had it, the game would hear them and hide.

"Have you bathed recently?", in a climate where two or three baths a day was normal, had just two answers, "yes" or "not yet". "Have you eaten" was the same; "Yes" or "Not yet".

Back to our little church, we do sing, and we do have sermons, but we're not exactly like the Presbyterians. The people in Sarawak did have polite greetings for common situations, but they were not equal, word-for-word, to the greetings we use in the USA (or Spain or France, for that matter, from my high-school Spanish and college French courses) for the same situations.

[This is one of my Miscellaneous Essays. There are more; you may enjoy another section of my web site, too:]